TVS had showcased a 125cc scooter concept called the Graphite at the 2016 Auto Expo. The Indian bikemaker has been extensively testing the scooter since last year, which despite the heavy camouflage has lines strikingly close to the concept’s bodywork. The headlamp sits on the front apron but is a large single setup instead of the offset headlamp setup on the concept. It remains to be seen if TVS decides to launch the bike with LED headlamps similar to the Honda Grazia. It seems highly unlikely though, since all the test bikes spied had conventional halogen bulbs. The front will have new 12-inch alloy wheels, sharp lines, a chunky exhaust can, split grab rails and LED tail lamps. Features include a fully digital instrument cluster and external fuel filler cap on the lines of the TVS Jupiter and Wego.

The scooter will get an all-new 125cc engine, a first for TVS. While there is no information on power figures, we expect it to be on par with the competition like the Honda Grazia and Suzuki Access 125. Suspension components include front telescopic forks while braking includes a front disc brake which could be available as an option.

We expect TVS to launch the Graphite scooter at a price close to Rs 60,000 to 65,000 (ex-showroom). Given that it has equipped the current flagship Jupiter with a lot of first-in-class and best-in-class features, the Graphite could also surprise us. TVS will also be showcasing an electric scooter at its stall at the Auto Expo.

Pricing for the TVS NTORQ 125 (On Road of Delhi) 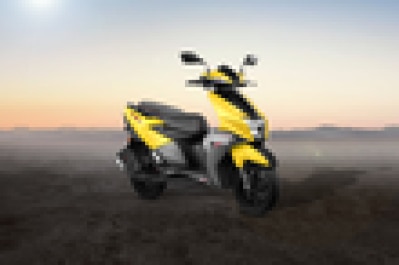