Scooters dominated the news this past week with the launches of the Bajaj Chetak and the Honda Activa 6G followed up with the teasing of electric scooters from TVS and Harley-Davidson. Read on for more electrifying news:

Bajaj is set to go big in 2020 and a couple of big announcements were made this week itself. Firstly, it launched the hotly anticipated electric scooter, the Chetak, in two variants. And while we thought the company was done with that, it announced that the Bajaj-Triumph alliance would be inked in the coming weeks.

Honda added to its BS6 portfolio with the launch of the latest generation of India’s favourite 110cc scooter, the Activa 6G. It continues the brand’s Silent Revolution to meet the BS6 emission norms, but it misses out on a few features.

After the Classic 350, Royal Enfield has begun sending its BS6-compliant versions of the Himalayan to dealerships across the country. While we have not yet learnt the prices of the new bikes, there are several small but important updates to the adventure tourer. Read about the most crucial one here.

The LiveWire sparked the electric revolution for Harley-Davidson and the Bar & Shield bike maker is now preparing for more electric two-wheelers. Patent images of its electric scooter have surfaced online, suggesting its imminent arrival. An investor document has also been released, showcasing a premium-yet-affordable electric naked motorcycle.

Pricing for the Bajaj Chetak (On Road of Delhi) 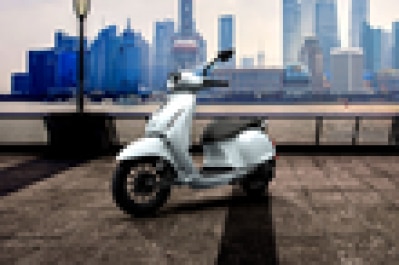